It should be noted that you yourself put you in danger. Because you are going to cause this terrible mob — Herobrine, which is known as the killer of the century. Against it is very difficult to resist but have to try, because the reward after his death are very valuable!

How to spawn Herobrine?
To call the world Minecraft Pocket Edition — now this is not a problem. Thanks to fashion Boss Herobrine PE you do a few steps. For this you need a special totem Herobrine. When you have totem Herobrine — put it on the ground. After that, it will generate a special structure. Then, after generating the structures hit by the infernal stone lighter, which is located in the center of the structure. Once you complete this step — Herobrine appear in Minecraft PE!

After Herobrin will appear in the world of MCPE, he will begin to attack you and it will stop only after your death! The fight against Herobrine will be very difficult. You will need to kill him four times before you defeat him. After the first three deaths he will be reborn and continue to attack you. Once you finally kill him a fourth time he will drop a set of armor and weapons.

When you wear armor Herobrine — you partially turn into Herobrine! That is, you will have some of the features that have the Herobrine Great! 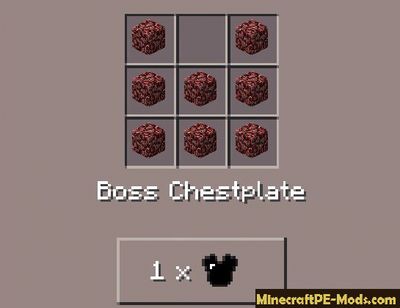 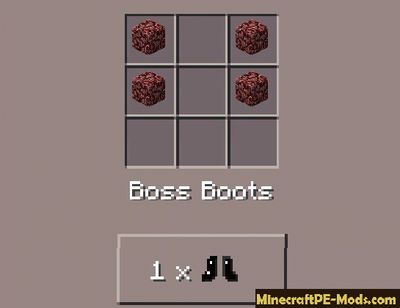 To get the sword, kill the Herobrine!