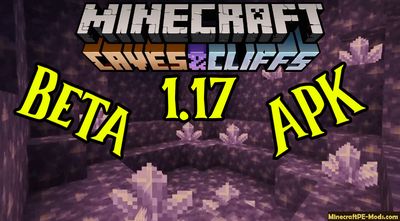 Minecraft PE v1.17.40.20 - 1.17.20.23 is a grand update contains many features for expanding caves and cliffs generations in the dungeons of the game world. Soon it will be available for download on Android devices and each of the players will have the opportunity to explore more than 40 new biomes, extract about 15 new ores and fight with unknown powerful underground monsters.

Caves and cliffs have a rather monotonous and empty appearance in the game about caves, probably this is the last feature that contains very few realistic options, but the Mojang team and players on Mincone voted to update such places. So now each player can spend more time underground by exploring dozens of new places, start searching for rare crystals, or just start surviving in more beautiful and natural cave or cliff biomes.


On October 3, 2020, developers met with players at an annual event called Minecon. Mojang has prepared about 5 ways to further develop the game. The players voted to update the caves, so after that, the developers immediately started working on it. At the moment, the beta tests for the previous Nether Update are coming to an end, after which we will be able to see the first Caves and Cliffs beta version.
Release date: September 15, 2021
Recent version: 1.17.40.20 beta (Caves and Cliffs Part 1 and Part 2. Part 1 is currently available)
Platforms: Android, Windows 10, Xbox One 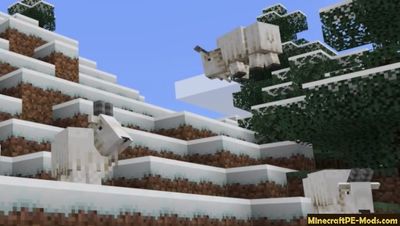 First of all, we'll start with cliffs. Vanilla hills and mountains have a very primitive generation algorithm, but now you can find higher and wider options populated by real mountain goats. Their special feature is a high jump of 3 blocks and the ability to defend themselves by using horns. 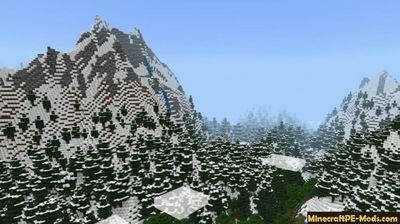 The new generation algorithm will include local features of landscapes, for example, snow biomes have a greater chance of generating Alps and Everest types of mountain ranges, but in normal plains such generation is less common and has a lower height. The snowy mountains are so large that the player can watch the clouds flow from their top. Additionally, there is a new blizzard weather phenomenon. 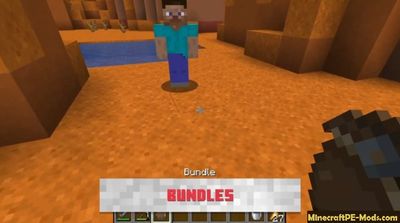 Added a new useful item for miners. Now the player will be able to use a camping bundle that is somewhat similar to a backpack but you can have several such items and it has about 30 slots of capacity. 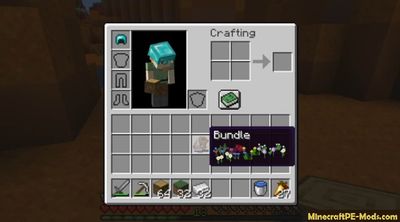 Bundle has a unique GUI feature related to displaying item icons when you hover the cursor over it. The GUI shows the first 5 items or those with the highest number of units in the stack. 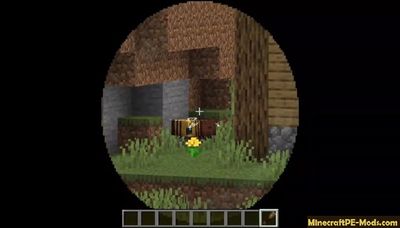 Added a new item called telescope. This can be used to view things from afar. Now you will no longer need to install zoom Addons and modifications for this purpose. Standard vanilla cave algorithms are completely rewritten and optimized for current tasks. Developers will also be testing this for a long time, but in most cases it should work more or less quickly. 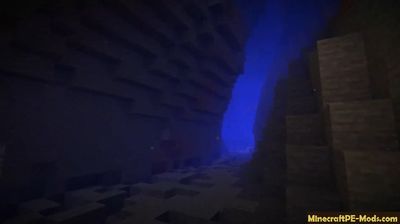 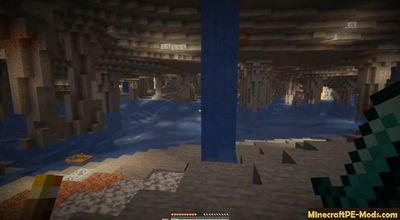 Added realistic natural phenomena such as underground rivers and cave lakes. Something similar can be seen in films about nature or about diving. Be very careful, because the rapid flow of the underground river can carry the player deep into the maze or bring to the surface of the sea. 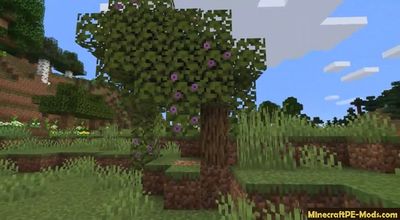 Added very beautiful Lush caves. You can find them by navigating through special flowering trees. The roots of this tree grow very deep and create a unique microfauna there. In the lush caves you can find rare fireflies, more rare ornamental plants and flowers, and it is very beautiful if you look at it with shaders. 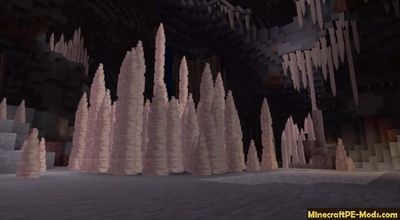 Dripstone caves are another type of biome that contains stalagmites and stalactites. These crystals are very unstable and dangerous because there is a random chance that it will fall from the ceiling and cause damage to both mobs and the player. If you fall on it, you can also take a lot of damage. Mojang decided to add some horror elements to the caves, inspired by the "Descent" movie. The film showed monsters that are blind but they are very good at picking up vibrations from the steps of the victim. In Minecraft, this mob is called "Warden", it is very fast, so be very careful when traveling.

Added Sculk Growth, Sculk Sensor and Sculk Sensor blocks that have a feature to extend the standard Redstone features. You can combine this with each other to get multifunctional and useful mechanisms based on vibrations and sounds. As you know, this update will make the player stay underground for a long time, but there are almost no wooden materials and you will not be able to craft torches. So now you can use wax and other new materials to craft candles. Candles burn out after a while. 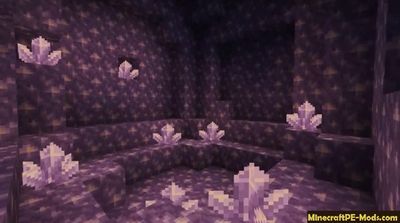 Added amethyst voids. Inside there are very rare crystals that you will need to craft more powerful tools than diamond options. Inside these voids there is a funny sound effect that makes the crystals vibrate every time the player makes a sound. 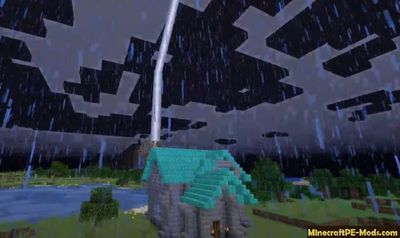 Added copper ore from which you can craft iron-like things. But this has a certain feature associated with the oxidation of copper objects in the rain. Gradually, it will turn from yellow to green (like the statue of Liberty in the United States). You can also use this material to create lightning rods. 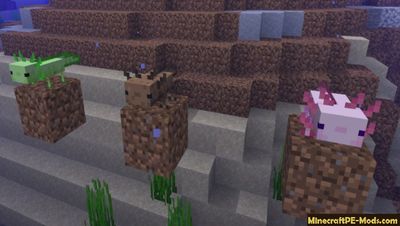 Added a friendly Axolotl mob. You can find it in lush caves or catch it like a fish. Can be tamed by capturing it in a bucket. Attacks drowned, guardians, elder guardians and fish. As a reward, this mob has a small chance to give regeneration to the player who tamed it.