Mojang is preparing a global update to version 1.3 for Minecraft - Aquatic Update. New mods and plugins, mobs, textures, and other add-ons on C#.
At the moment news about the next Minecraft Aquatic update 1.3 is very small. The developers kept everything secret, but very soon we will show a new version!


No, it's not plugins for servers, this is alternative mods for Minecraft Aquatic that will work on both Android and IOS, Windows 10, Xbox One and Nintendo Switch. For the first time this system still showed at Minecon 2016 and it should go was in January, but it seems that Mojang and Microsoft plans changed, so the output plug-ins is planned for 1.3.

What is a plugin? As many know, the game already has a system of mods called Add-ons, but it really makes it impossible to interact with the game. But the plug-ins in c# with a few lines of code a lot and here is a list of exemplary possibilities:


And here are some screenshots from the stream, which was in August: 
Yes, now the game is a limit on the maximum number of blocks and their total 255. In the new update, developers will dramatically update the whole system of blocks, so ID will be even greater.

OK, but what does it mean? Let's start with the fact that mods will now be more opportunities and they will not interfere due to the same ID of blocks. And the most important thing is that in future versions the developers can add new dungeons, biomes, dimensions, so it's really cool!


Jasper Boerstra (Twitter) is running a pixel artist at Mojang and is working on updated textures for Minecraft.

Do not expect them in update 1.3, but be prepared for the fact that in the near future all the textures of blocks, items and mobs will be fully updated!


As I said at the beginning, information about the update of Minecraft 1.3 is very small. Do not expect a new version of something massive because it will be completely technical update. 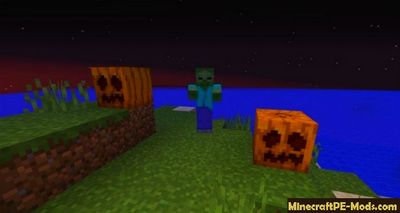 
Initially, patch 1.3 was supposed to come out November 7 but now, various sources claim that due to the lack of time the release will take place only next year.

In order to run the game, you will need a license. After downloading the apk file, make sure that you bought the game in Google Play.

For convenience, below is the latest version. It would be different from 1.3, but as soon as will be release, we will replace the link.