Minecraft 1.0.8 - is one of the smallest updates for the Minecraft PE 1.0.0. It is designed only for one purpose - to delay the release date of MCPE 1.1. However, Mojang added several new innovations that will allow you to download this version to your Android. About this version and other you can learn more in our predictions about future game updates.


As always, updates should be expected every Friday, that is, 1.0.8 was released May 5, 2017. After months of studying the release dates of different versions, we can safely say that the version 1.0.8.1 will it be held on May 8-9. 
The main theme of this mini-update is adding skin pack Planewalkers. Planewalkers is a old game since 2012, the popularity of which is present in our time. It contains various heroes, each of which has powerful magic. If you're a fan of this game, then you have the opportunity to wear one of the 12 skins in Minecraft Pocket Edtion. Every skin has a very high detail, which greatly differs from the other skins, such as those Fallout skins from 1.0.7 do not have a clearly-defined structure of polygons. 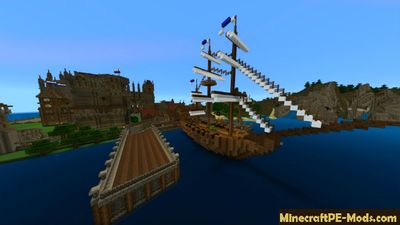 I would also like to mention the point that in 1-2 weeks we can expect the next mini-update. This is all due to the fact that in version 1.1 is still a lot of work. On this, our favorite app will have at least one case change with the use of paid skins or texture pack.