This guide was created for players who want to know everything about the mobs. Here I will tell You about the skeletons in Minecraft PE.

The skeleton belongs to the hostile mobs(Attacking player, even if he appeared in the zone of their visibility). The skeleton is a hostile mob with ranged attacks. Uses as a weapon a bow and arrows (arrows shot by the skeleton can not pick up). Similarly, a zombie skeleton die from the sunlight.

By default, as I wrote, the skeleton is attacking from the bow, but if he will choose the sword, you will use it. Spawn skeletons with a bow, but there is a chance that the bow may be enchanted, and a skeleton dressed in armor. It is ideal to use in a battle with a skeleton bow, but if You don't have to try. Ahead run on a skeleton is not worth it, because it will push You with an arrow, you should try to run around him so he missed, and You gradually approached him. 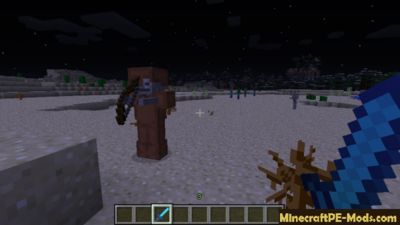 Also You can find in the abandoned cave Spawner skeletons. For a start I advise you to block out the light. From the skeleton drop arrows, bones, and onions with a certain probability. When you kill skeleton is not the player the bow will not fall out 100%. 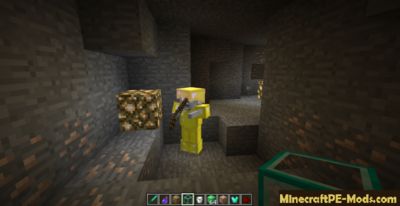 The skeleton can spawn as a rider.