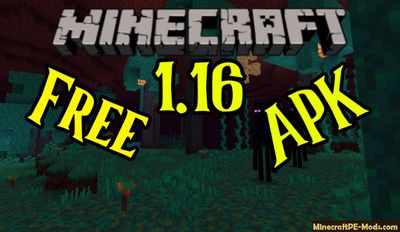 Minecraft PE v1.16.221.01, 1.16.220.02 - 1.16.40 is the full version to get the global Nether Update on your Android OS. This contains more than 500 changes and 200 features most of which are intended for Nether World. This MCPE version is now available for download and there is a lot of interesting content for adventure and survival.

Developers from Mojang added a menu for selecting emotions, as well as introduced the generation of mystical biomes, scary and magical creatures, netherite ore to improve diamond items, random structures and many other innovations that will appeal to any player because now you do not need to download special Addons and modifications to add similar adventures.

As you know, Microsoft hired two teams that develop and test changes at once, this allowed us to develop new updates very quickly and after just 8 months we received several global updates: Bees Update and Nether Update. Since February 2020, developers have been actively collecting data about crashes and bugs, so this is now one of the most stable versions of MCPE.
Release date: April 22, 2021
Recent version: 1.16.221.01 Full
Platforms: Android, Windows 10, Xbox One

Players can now show some emotions using a special GUI. Some emotions are paid, but there are basic movements that thank or show other emotions to the players. 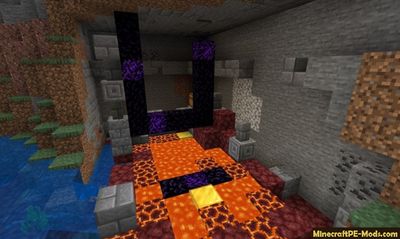 In Nether and Upper Worlds, you can see how random destroyed portals are generated, this can be completed and teleported to Nether more quickly! Various blocks appear near the destroyed portals — obsidian, crying obsidian, magma blocks, gold blocks, various stones, and a chest that contains various random resources! 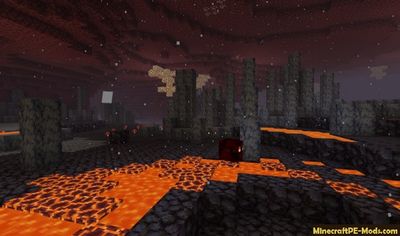 Basalt Deltas are a new biome in the Nether world, shrouded in white ash particles. Lava cubes are now generated in this biome and here the player can also find Blackstone in large quantities. 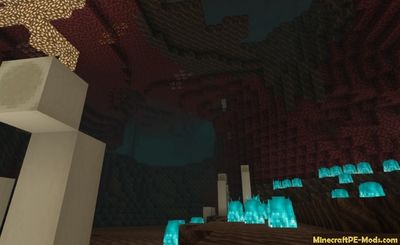 The Soulsand Valley consists of blocks of shower sand and blue flame. Skeletons and ghasts spawn in these places. A very mystical place for adventures. 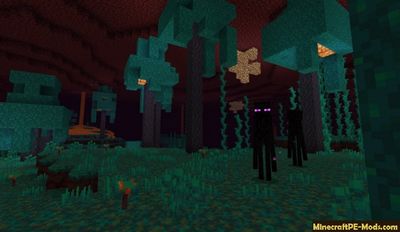 The Warped Forest consists of new earth blocks and trees. There are also new mushrooms, vines and Enderman! This is a place that is somewhat similar to the usual plains from the upper world. 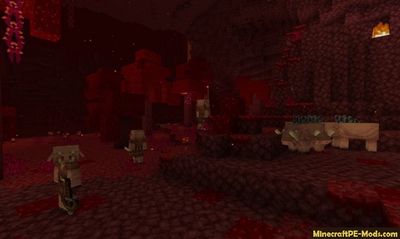 The Crimson Forest, like the Warped Forest, consists of earth blocks and trees, but they have differences. In the Crimson forest you can find new mobs of Piglins and Hoglins. 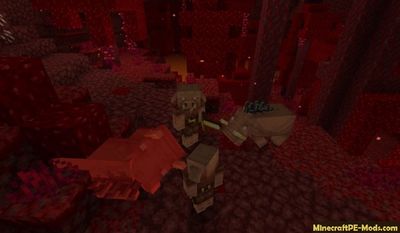 Sometimes Piglins will gather in squads and attack Hoglins to get food from them. 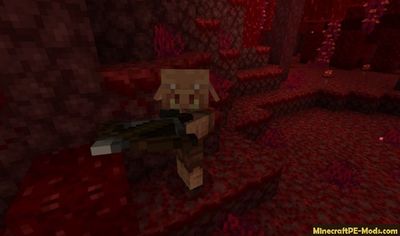 Piglins really like gold and if you have an ingot for them, they can give you a random resource. 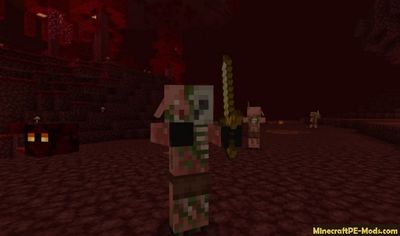 Piglins has a subspecies that is a zombified piglin, which is created as a result of teleportation to the Normal world. Hoglins is the new food source in Nether World. You can find this mob in the Crimson forest, but remember that this beast is very strong! Hoglins is also unable to withstand teleportation to the Upper world and turns into a mutated zombie beast.