This guide was created for players who want to know everything about the mobs. Here I will tell You about the silverfish in Minecraft PE.

Silverfish applies to hostile mobs(Attacking player, even if he appeared in the zone of their visibility). Silverfish is the smallest hostile mob (only silverfish Region, which is not MCPE). Spawn in the destruction of player specific blocks (can be disguised as stone, cobblestone, or stone brick) that are in fortresses. Much less of silverfish can be found in the mountains. 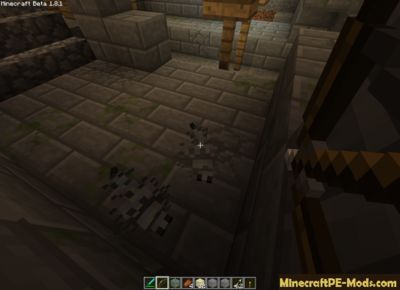 As I wrote above, silverfish - hostile mobs, so immediately after the detection of the player they will begin to attack it. Fortunately, the attack, these mobs are very, very tiny: 1 hp (half a heart). In addition to looking for cloaked units, Spawner of silverfish can be found in the fortress near the portal Region. You can create a farm of silverfish with the help of wolves that protect the player. It's easy to do, as silverfish do not cause much damage.