This guide was created for players who want to know everything about the mobs. Here I will tell You about Magma cubes in Minecraft PE.

Gast applies to hostile mobs(Attacking player, even if he appeared in the zone of their visibility). The Magma cube is a hostile mob from the Lower world, which is very similar to its counterpart - the slug. Similarly, it is divided into smaller parts when killing larger. This mob drops a Magma of cream, which is needed for making certain potions. Glow in the dark red light.

Unlike slugs is that Magma cream falls only from large and medium-sized Magma cubes. Also don't take damage from falls from height.

Spawn less slugs for smooth surfaces. It is possible to find the characteristic sound. When you move the lava cube is not stretched like a slug, and shares (see screenshots below). 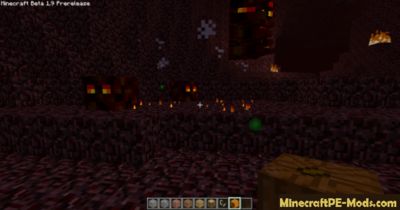