This guide was created for players who want to know everything about the mobs. Here I will tell You about Enderman in Minecraft PE.

Enderman refers to neutral mobs(No harm will come if the player or another mob will not trigger). Enderman is a neutral mob with a fairly high structure (high-rise 3 blocks). Wanderer around the Edges always appear purple particles, similar to those that hover near the portal to the Lower world. Present in all three dimensions. In a certain probability from the mob can drop Ender pearls(1 piece).

Enderman is a very interesting mob, special attention should be paid to his behavior. Mostly Enderman just walking around and periodically rearranges the blocks, making different sounds. He becomes hostile only under certain conditions. In the daytime, a behavior similar to the behavior of the spider.

If more, Enderman won't attack You until You do not provoke him. Otherwise things are going with the night time: if a player looks at the mob, then he will look a long time to reply, while the player himself will not avert my eyes, then he teleports behind the player and will attack, with all this Enderman opens the jaw, as can be seen from a certain angle. If Enderman to approach closer than 2 units, it is again to do everything the same as I described above. It should also be noted that Enderman can rush at the player from a distance. The main thing — to be in arms and hold Enderman on sight. 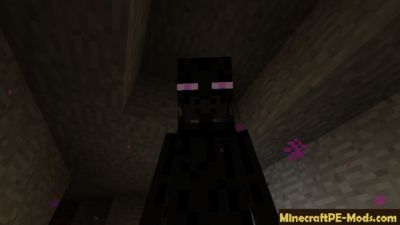 Enderman afraid of rain, snow and water. When a mob encounters something that he is instantly teleported to a safe place. As for the spawn, then to find this mob not so easy. Enderman appears in dark caves and at night, and quite rare. Very easy to find the biome of the Region. 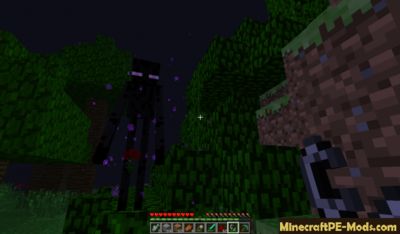