This guide was created for players who want to know everything about the mobs. Here I will tell You about the cave spiders in Minecraft PE.

Cave spider refers to neutral mobs(No harm will come if the player or another mob will not trigger). Cave spider is a neutral mob, similar to the one You're already familiar with ordinary spiders, but still there are some differences. Cave spiders will spawn exclusively from spawners abandoned mines. Cave spiders move faster than ordinary. Cave spider can pass through webs without getting stuck in it. Unlike a normal spider, the cave has dimensions of 0.7×0,7×0.5, which allows him to get through the aisles with a width of 1 unit and a height of half a block.

The bite of the spider cave the player will be poisoned. In cases of poisoning, the health bar becomes olive green and the player's health will decline steadily for some time or until a certain level. Poison cave spider is not fatal, the poisoning process is stopped when the player has 1 hp (half a heart). Cure poison is milk. 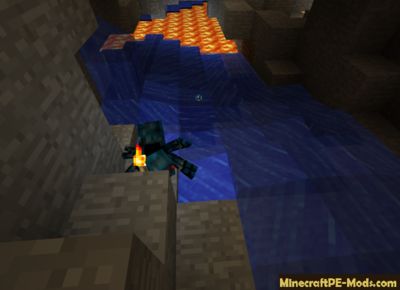