The day before yesterday came the release of the beta version of Minecraft: Pocket Edition 0.15.0 — for many were surprised to see there Realms, and promised not to see rams, horses and other innovations announced in MCPE 0.15.0.

I think many people have calmed down (I about those who did not see the rams, horses and other innovations — they will be added in future beta versions of MCPE 0.15.0) regarding pistons, and fixated on mastering a new function Realms (especially on the test Realms for us completely free), but however not all turned out in the first beta version 0.15.0 fully understand how the Realms works because of the problem of the entrance/register to your account Microsoft. 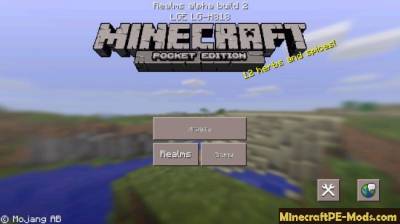