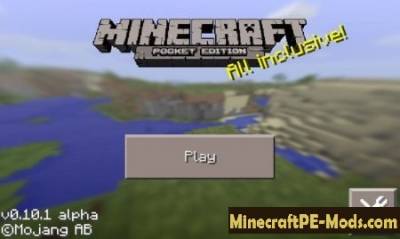 Unexpectedly released a new version of the game: Minecraft - Pocket Edition 0.10.1 which were done fixes small bugs and crashes on some devices.

It turned out that in MCPE 0.10.0 there were several serious bugs and the developers (the game creators) of Mojang immediately this problem undertook to correct, in the end, we got a new version of Minecraft - Pocket Edition 0.10.1, I hope that without errors

Fix minor bugs and crashes on some devices.