Texture Flourish PE – a new graphic pack for Minecraft PE, which has quite a cheerful and joyful character, and great for your survival in the game world. Also, it is worth noting that the texture contains a lot of cartoony elements, but it is suitable for modern buildings and medieval castles, fortresses and other ancient buildings.

Initially, the texture Flourish PE was designed for the PC edition of Minecraft, but then it was decided to be ported to a handheld version, because these textures are really very beautiful and harmonious! 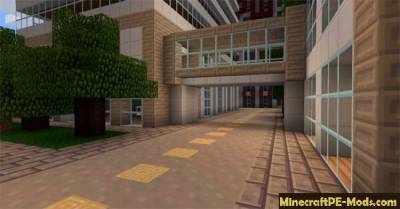 How to install Flourish texture pack?