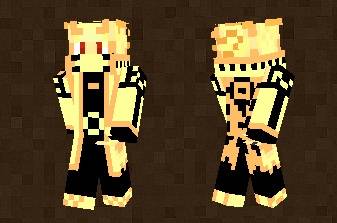 Thanks to the power intrusted to him by his father, Asura received access Mode of the Sage of the Six Paths. In this state he could use Senjutsu Six Ways to equip your own abilities, levitate, and summon a combat avatar with three heads and six arms.
If you're a fan of "Naruto", then this skin is perfect for game Minecraft PE. Everyone knows how much stronger Asura. Playing this way in their favorite game, many players you will fear and respect

How to install Asura from Naruto?