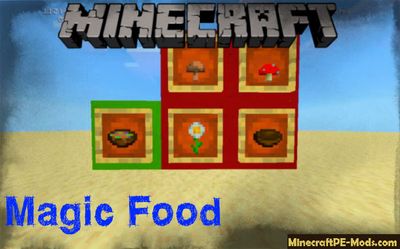 This addon is based on Suspicious Stew from Minecraft Java Edition 1.14. It will add new crafting recipes for food with different effects. After eating a new meal you will be given new effects, such as resist to fire, high jump, fast running, night vision, etc.

After installing the addon, you will be able to craft 9 different soups disgusting. For unknown reasons, the developers have not added this new crafting recipes in MCPE 1.11.0 version, but with this addon it will now be possible.


The recipe for creating Suspicious Stew is very similar for different effects and is very quickly remembered. Below is a list of ingredients, what effect will give the player and duration.