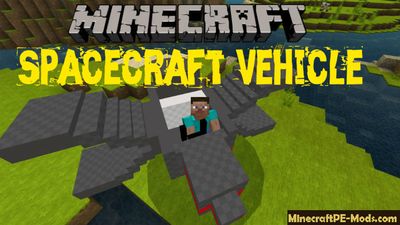 Ships too large for the world of Minecraft PE, but the size of the space Shuttle that will become available due to Spacecraft mod, just perfect.

Probably every modern person has seen at least one episode of the legendary Saga "Star wars" Many after watching began to dream of space, so Spacecraft mod adds a spaceship to the world of Minecraft PE will need every fan. 
The choice of direction is carried out using a Golden sword, and to climb, you should throw some regular snowballs straight into the barrel of the shuttle.