Reactor Revival mod — this mod adds again to the world of Minecraft PE the reactor lower [Nether Reactor] that was removed from earlier version 0.12.1. The mod Revival in the Reactor again add to the world of MCPE reactor, but as well as the new rector called — Inferno Reactor Core. Both of these reactor are used to generate amazing structures which remind us the lower world. In addition to the structure — we get more and a lot of elements and things that will be generated in the mini-world.

When you have successfully built the structure — tap on the bottom of the reactor core to activate it.

Over time, the structure will appear pig-zombies, and some of the details. Among such elements are those you could find in the "real" bottom of the world.

Here is the structure of "Lower reactor" after activation of the nucleus of the lower world. 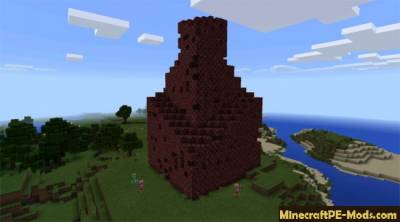 Use the following instructions for the erection of the structure under the reactor.

Click on the hellish core of the reactor (Reactor Core Inferno) to activate it.

At the top of the structure You will have to wait for the boss, against whom You will need to fight. 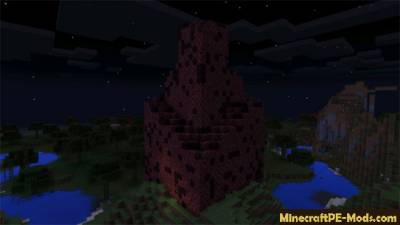