Mod through which you can perform power rituals in the game Minecraft PE 0.10.5 on special squares to gain new abilities. That would begin to perform ritual, you will need to build the same ritual square.

You will see the two different ritual structures, on which will depend which of the rituals you will be spending. To start building, select a suitable site and build it on a square platform of size 5x5 using any materials. The structure of the two different ritual structures looks the same. The only difference is that in one you will be using the iron totems, and the other gold.

In this example we will use gold. Place one totem in each corner. 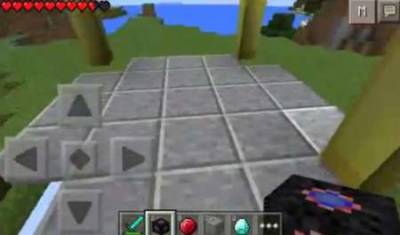 Place the ritual block in the center of the structure.

Place one cobblestone between each of the totems Then take 4 of the precious blood that you received from killing mobs and hit them at each of the four boulders. 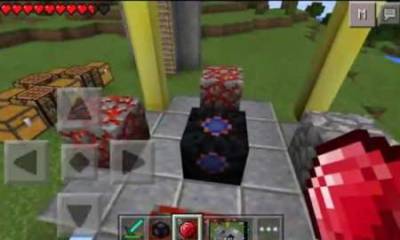 Once you do that, the ritual structure is ready. Click the diamond on the ritual block in the center to perform the ritual.

Surrounding the original cobblestones will turn into coal blocks and the building will not be used again, so you'll have to replace the boulders, if you want to perform the same ritual. 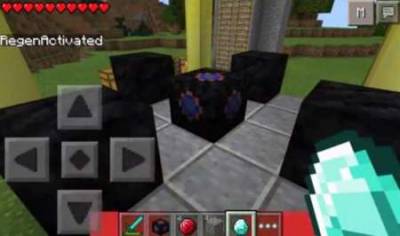 Now that the ritual is completed, you have received some new features, which include particles of the heart facing from your body, and your health will regenerate if you lose it. As mentioned earlier, there are two ritual. The first ritual uses gold totems, but if you want to run the second, just create a copy of the first design, but instead of Golden totems use iron. When you perform the second ritual you will see that from your body out of particles of fire. Every time you strike at the creature, he dies.
| Tags: