The Parachute mod adds in the world Minecraft PE, four different types of parachutes with which you will be able to jump high from the cliffs and soar above the earth. The parachute is a pretty pointless thing to want, but in some cases it can be useful, for example for rapid descent with a huge rock.

This is definitely one of the best mods, which adds to the game parachutes that look pretty much realistic.

How to use a parachute?
First, create a workbench parachute (crafting recipes you will be able to see further). Function of a parachute is similar armour to use the parachute you need it to start to wear, before attempting to use it.

When you fall off a cliff, rocks and other big abyss, Ltd you will be able to click in the lower right corner of the screen a button with a parachute to activate the parachute.

Look in the direction in which you would like going to deploy the parachute. To leave the parachute by double tapping the jump button will allow you to do this! 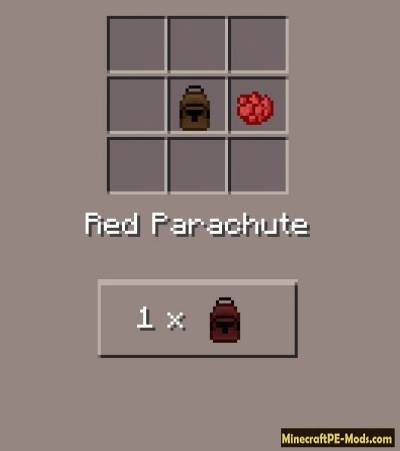 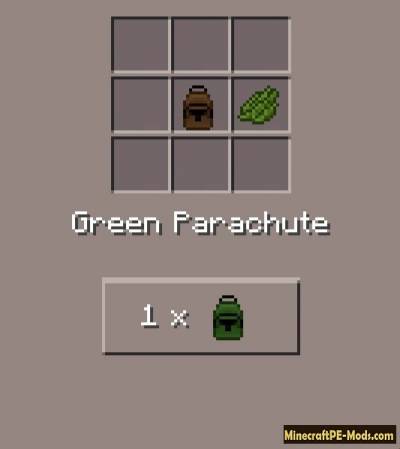 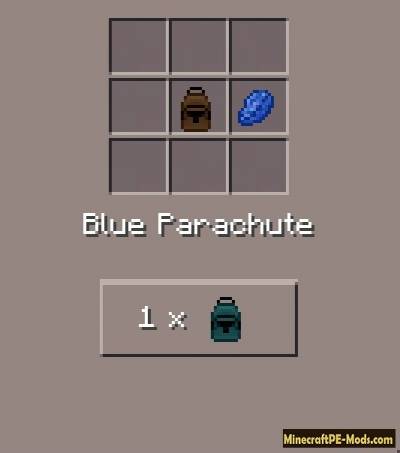 How to install mod Parachute?: