Now the oceans of Minecraft contain few predators, such as sharks or killer whales, but OceanCraft mod will add a completely new mobs, most of which are hostile and very dangerous.

If you've seen science films, then most marine species should be known to you. Each type of fish can benefit, because of them drop hard to reach items. 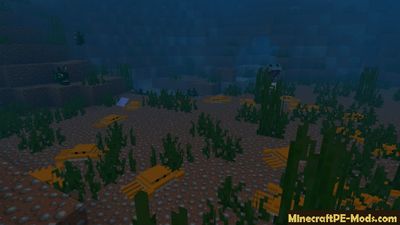