If you like the game "Mortal Kombat" then Mortal Kombat mod for Minecraft PE will give you the opportunity to become one of the heroes of this fighting game and get its ability. You will have 7 characters, each with their own unique abilities and skills and each of them will be your weapons, which you will fight. If you turn into Princess Kitana, you will be available to fans, but if you'll be Radana, you will have the opportunity to fight with my staff of lightning.

How to turn in each character?

Unfortunately, in the mod of Mortal Kombat for Minecraft PE no of items from which you can craft the items and turn into one of well-known heroes, so you have to use the modification of Too Many Items and get items transformation elements of equipment and weapons.

After you install the mod in Mortal Kombat Pocket Edition open inventory mod Too Many Items and enter the ID of the desired object (full list of items ID is at the end of the news). After you will have one of the seven elements of transformation, just tap the ground and become the character to which it corresponds. Turned in Kano (Kano) at your disposal is a sword Cybernetic (Cybernetic Sword) strike to burn the target for 1 - 2 seconds. Total damage from the sword (physical and fire) is quite high, so you will need only a couple of hits to kill the mob. Turned into Princess Kitana at your disposal will be deadly fans that will shoot deadly snow lumps in your opponents. With this weapon you can quickly kill enemies at a distance without the fear of obtaining damage. Turned into the God of thunder Rayden (Raiden) at your disposal is a staff of lightning which you can very easily kill any mob. After you strike the mob, it will hit a lightning discharge and will not create the big Bang. Available Kenshi (Kenshi) is obsessed katana Sword which will you want to rush any opponent you hit and shoot him half life. Thus you will only need 2 hit to kill your opponent. 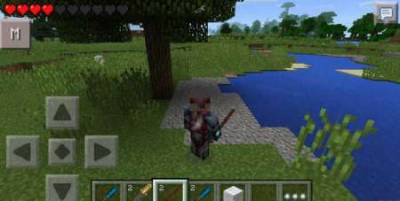 Scorpion is a ninja who managed to escape from hell, instead of skin he has a mask, but instead of blood heat. It turned into at your disposal will be a weapon called the "poisonous tail" and with it you can hit any opponent in MCPE flaming arrows. Probably the most famous character in the game, who has the power of freezing and the frost blade, which allows you to shoot frozen arrows at any enemy. 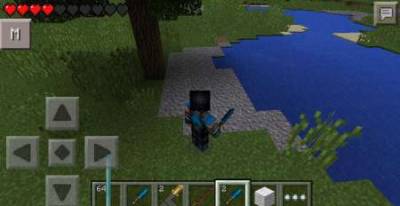 With the help of a Mortal Kombat mod for Minecraft you will have the opportunity to become one of 7 fighters with unique abilities and gain fast and fun to kill everyone who you don't like it.

How to install mod Mortal Kombat?: