If you've heard of the legendary Heroine, then Extreme Herobrine mod 2 for Minecraft PE 0.10.0 - 0.10.4, you will love it and will add to the game's new Moba, with which you have to fight. About this mob you may have heard before, but live it in the game Minecraft PE has not been seen, but later the developers made a statement that such a boss in the game never happened. Thanks to this mod you can really meet with him and try to defeat him.

The plot of the script you call on the phone and in the phone you hear the following dialogue:
Hey? Are you there? Okay... Yeah, I hear you. Look, Herobrine took over my PvP arena and I am very angry because of this. Can you help me and try to take it back? If you can do it, I will thank you...

Money, lots of money. By the way, when will try to kill him, I recommend using a bow and arrow, well, you know, in the style of Legolas.

Then you have to go to the PvP arena and fight with him in Pocket Edition. That would begin the battle write in chat "/start" and the battle will start, but be careful, this opponent is very strong and crafty. 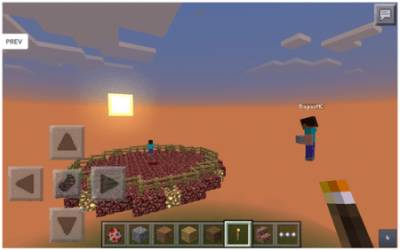 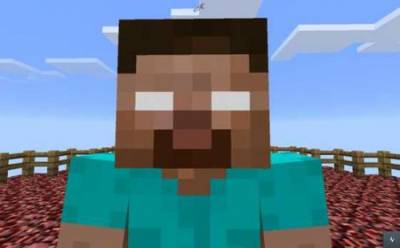