If you think that the game Minecraft PE not enough modern weapons then the excuses you mod Battlefield Gear which adds to the game a few versions of the modern weapons. Installing the mod on weapons game Battlefield you'll see several variants of grenades, some of which are very powerful and deadly, and several variants of small arms, one of which will be well-known Gatling gun (restistance).

Using this weapon in the game Minecraft PE you will not be afraid of any opponent, because all instances of weapons is very powerful and can instantly kill any nasty.

It's not a lethal grenade that will be used in retrograde order. After you throw it, in the place where she will appear several blocks of cobblestone, which will block the path of any opponent or close a narrow passage that will allow you to delay the enemy and give you time to retreat. As you can see from the title is an ordinary grenade that will burn everything in the place where it touches the ground. It is very convenient to use if you want to burn multiple enemies that are next to each other. 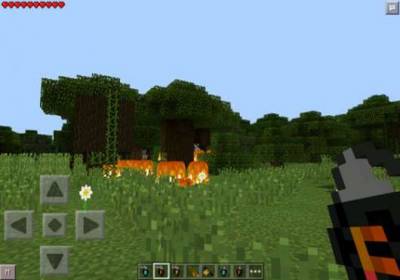 Quite a dangerous weapon constitutes a grenade that will explode all over a large area in the place where you will throw. It needs to be very careful as it can destroy any opponent the first time, but if you are careful not to inflict fatal damage to you. In the mod of Battlefield Gear (weapons from the game Battlefield) for MCPE all the famous AK-47 being used as assault rifle which is able to shoot arrows that will set fire to everything in reach, including your enemies, the main thing is to get. The last and most serious weapon that many of us are familiar under the name "restistance" which will shoot arrows with incredible speed. This gun has one very interesting feature, it starts shooting immediately, as soon as you take it in hand and to stop shooting you need to remove it in the inventory. 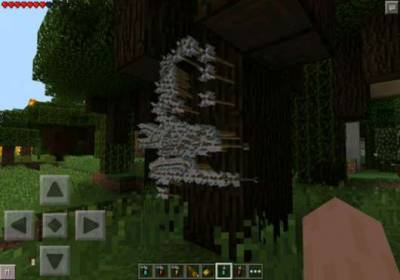 With these weapons, we also recommend you to be very careful and try not to move during firing, because if not properly handled, or the extra movement you can cause yourself serious damage.

How to install mod Equipment from battlefield?: