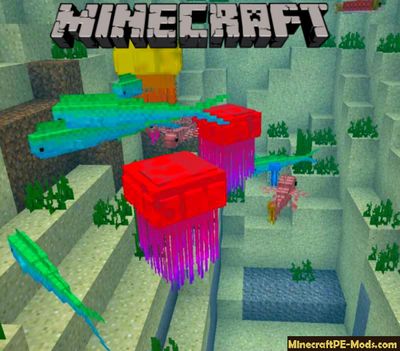 This addon is a concept for the upcoming release of Minecraft Bedrock Edition version 2.0. It includes a variety of ideas and assumptions, as well as a huge number of new mobs, items and blocks. All this is just a concept, but the ideas are very plausible.

As you know, the game developers often use mobs and items from the concept of mods and Addons, so you can be one of the first to see the innovations and features before the release of Minecraft PE 2.0.