Thanks to the Gravity Gun mod for MCPE you have at your disposal a gravitational weapon that will allow you to capture mobs and animals and will provide an opportunity to move them by air. With it you can easily move any mob and animal in the desired location, such as an enclosure in your zoo. Also the gravity gun from the Gravity Gun mod will come in handy if your in the area or the house wandered mob and hinder your quiet life.

Now, any mob will not be risk as you will not deadly, but very powerful weapons with which to defeat any enemy in the game Minecraft PE is not difficult.

How does the mod?

Create a weapon according to the recipe below, take it in your hands, choose a victim and tap on it with a delay of several seconds, after which the mob will pick up arms and lifts him into the air. If you moved the mob to the right place, just tap on it once, but now don't hold your finger on the screen, after which the gravitational capture will be disabled, and the animal falls to the ground. 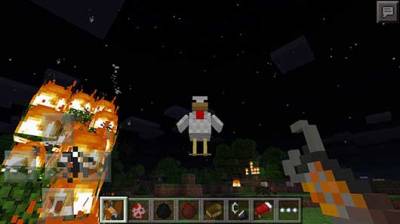 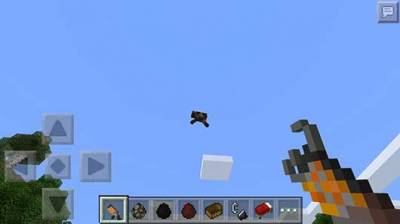 The recipe for crafting weapons