Forgotten Defender comes to the aid of Herobrine only when all the other defenders were defeated. His psycho screams forced the enemy to flee from the battlefield. Only the elect can challenge him. Immediately warn that the new boss may appear instead gasta, or is octopus, so you will be able to find it in any dimension MCPE. 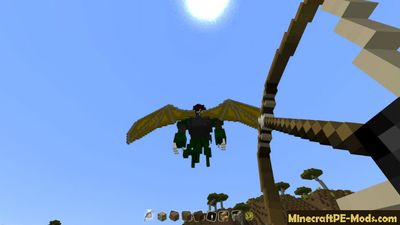 By the way, given that the chance of spawn is quite large, you can stumble upon such a surprise, after which, in the absence of decent armor, you will have to collect the pieces.
| Tags: