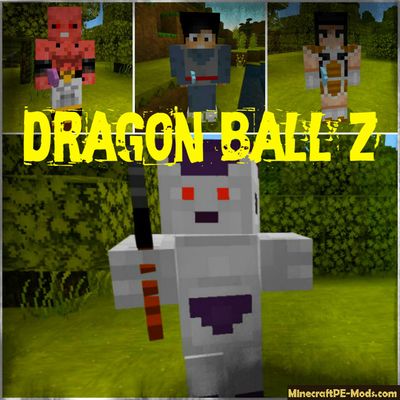 Dragon Ball Z mod is a rather large mod that significantly changes the gameplay of Minecraft PE, after all, brings a ton of new items, spells and mobs.

Particularly welcome are players who are fans of the same manga. We are not fans, but after talking with them, it became clear that this mod can still be improved and extended.