There are many legends about Herobrine in Minecraft PE, but nothing is known of his supporters. Recently it became known that Herobrine protect many bosses, one of which is the terrifying Lord of Souls - Doom Boss.

How to find a Defender?


To fight alone against this monster, you will have to go to a mystical place called Woodland Mansion. It is located in the main hall. 
The main strength of this monster is quickly moving speed at the expense of the wings. In addition, this monster almost never approaching to the soil, for this reason, you are left with only one option - to fight with a bow. But everything is not so simple. You will have to leave their shelters and thus put yourself in danger with every shot. 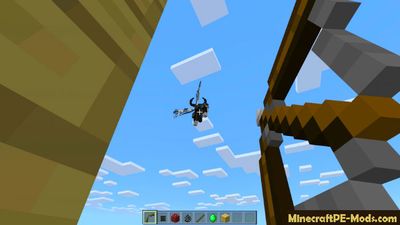