Anti-Zombie Cannon it is a modification that will make the game process even more interesting due to the modernization of your old Minecraft. The addon will give it a completely different look and adds to it a great weapon that will shoot arrows at enemy mobs.

When to use the Addon?


We all love to extract resources under the ground, some even manage to build entire corridors and channels in the mines, placing the rails over there, to further it was possible to ride the Minecart – it's easier and very convenient but not always safe. Now You can travel the world of Minecraft Pocket Edition on a new cannon with no fear, because automatic weapons are capable of destroying almost any enemy mob. As we know, under the ground in the dark monsters have a lot. 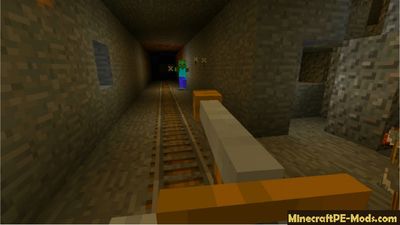 Besides, if You run out of inventory space, other items can be easily put in the trunk of the Minecart, as it too has a couple of slots available.

How does the Anti-Zombie Cannon?


The Cannon has become a substitute for chicken, so to get this new object can be very quickly, in the extreme case, just use creative mode and use an egg spawn. 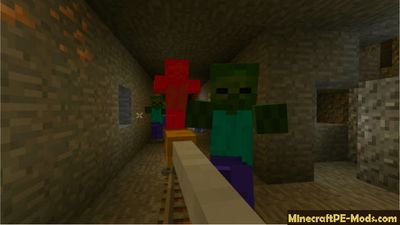 Zoom to the minecart as close as possible, and then simply click on the "Ride" (for Android and iOS) and on Windows 10 need to press the right mouse button. Almost the same principle to open a chest in a minecart, but all steps must be performed while holding the button that is responsible for a quiet walk of the character.