Map "Central Star Arena" consists of one large Minecraft PE building, which includes several football arenas. Arenas are all under one roof. The arena itself is the center and enter this arena from several sides, in a total stroke of penetration into the arena about 15.

Each of the sides of the buildings included in two small, one might say, side Arna. One is basketball, the second - something like the Assembly hall, but on a large scale. Rumor has it that this card is repeated is known to the world stage, but the proof on this occasion I did not find one, so we will assume that this flight of fancy of the author. 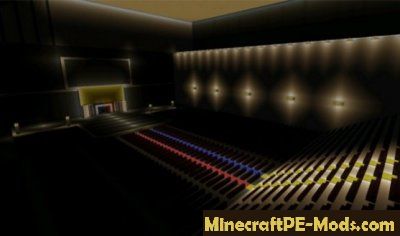