0.15.0 minecraft for Android and IOS promises to be indeed cool update of our beloved toys. Let's take, a closer look at what is meet from the new version of minecraft on Android.

Perhaps, almost certainly we can say that in Minecraft Pocket Edition 0.15.0 finally added pistons! You will recall that the developers have promised to add more in MCPE 0.14.0? But not added. Why - who knows. But no pistons, and without them, not many cool possibilities. It is only with the pistons you can create a really cool mechanisms.

The developers say that on the pistons climbs a lot of bugs that they have not yet fixed a and want to do everything sensibly in the new minecraft 0.15.0. To download it will be the link in the bottom when I get out. If we talk about mobs in Minecraft 0.15.0 will be added horses. Well, just can't be added. But bosses such as Dragon and wither edge wait is only in MCPE version 0.16.0.

As expected the new dungeon. For example, the long-promised temple in the jungle. It was expected that it will add more in 0.14.0, but as for creating the temple need pistons, pistons in minecraft don't 0.14.0 added, and the temple there. So it will be in 0.15.0.


To the surprise of the developers recently started to very actively post information screenshots of future versions of the game.

Once they didn't do it because holding the juiciest new features behind closed doors. But now something has changed in their concept publishing information about future versions of the game on Twitter. Now we have some epic screenshots that have been shared with us, the developers of MCPE.

Horses
One of the developers of Minecraft Pocket Edition has published on his page on Twitter a screenshot of the new inventory in MCPE 0.15.0.

In the screenshot we can see some new items, which is currently present in Minecraft PE.

For example, what immediately catches the eye is a ball of fire and yellow egg summoning the horse, in the very top row of slots right next to the creeper egg. A ball of fire just sets fire to any block, but holds a fire longer than steel. And yet, players will be able to shoot balls with the help of a distributor and it will be like attack Gusta.

The novelty of riding on a pocket version of the game will entail innovations other necessary tools and items for the sleds, and riding horses.

Most likely all the necessary items for upgrading the horse will be added in future versions of the game, and to ride on horseback, we will be able using a conventional saddle. Those who do not know how the egg looks for the domestication of the horse. 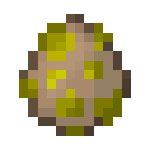 New skeletons
Jeb posted on his Twitter page pretty interesting screenshot where we can see a new Moba.

This is a new type of Moba, which currently does not exist in Minecraft, including the PC version of the game.

The skeleton Ghost is still under development — it will be added in the PC and PE version of the game at the same time.

It is unknown what will make a new mob and what are his abilities. As there is more information we will let you know. 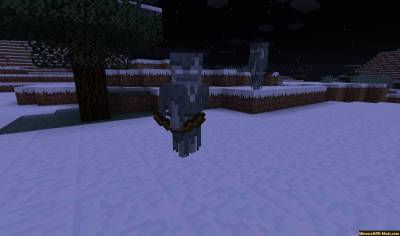 Polar bears
The polar bear is indeed something new and exclusive in Minecraft. It is not known what version of Minecraft it will add, but the fact that the developers are trying to introduce the polar bear to the gameplay Minecraft is obvious.

What do we know about polar bears, it's his style of behavior: a baby bear is friendly, but if he is next to his "mother", "she" will attack the player, protecting their offspring. Sticky piston
As we wrote earlier, about sticky pistons — they can interact with various active objects, such as the chest, the extractor and other similar blocks.

In Minecraft PE 0.15.0 is added sticky and normal piston.

Village in the forest
In almost all areas we can meet the village, but not in the forest. Jeb took up this question, and realized the opportunity.

Jeb, one of the developers of Minecraft, have added the ability for villages to generate in the forest. The village will be formed from trees that grow in the taiga. 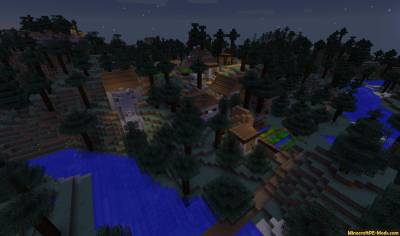 Villages in the shroud
Villages are generated in almost all the biomes of Minecraft Pocket Edition. There are of course excluded biomes in which villages are not generated.

As mentioned above, with version App pocket Edition 0.15.0 village will be generated in the taiga.

Now the village was found in the shroud will be significantly different from other villages in MCPE, just as the sand village.

Found the village in a shroud will be made of acacia wood from trees which are generated in the Shroud. A change in the World
Recently Jeb on his Twitter published here is such an interesting screenshot. The screenshot shows a new type of block that is very similar to hardened lava.

According to Jeb — if you stand on this block "hardened lava", you can get damage. After the innovations of this block in Pocket Edition MCPE play in the Lower World will be much more dangerous. As Jeb pleased with another screenshot, you can see the mob — the wanderer of Edges in the Lower World.

Who do not know yet, the wanderer of Edges cannot exist in the Lower World, but apparently, now it will be quite possible!