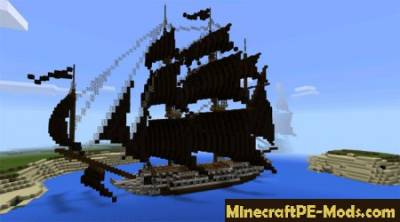 You see a map Minecraft with 7 magnificent ships that were built in the 18th century. Almost every ship was armed with guns, no matter whether it was a warship or a transport. On each of the ships you will find these guns, but unfortunately they don't work. But look fab! See for yourself.

The first ship looks like Galiat, which was mainly used by pirates in the Indian ocean. But if you look closely, it's hard to tell what he looks like, because we are not experts in shipbuilding These ships look like Barca, because they have three masts: And this ship is similar to English. Something connected with the Templars: 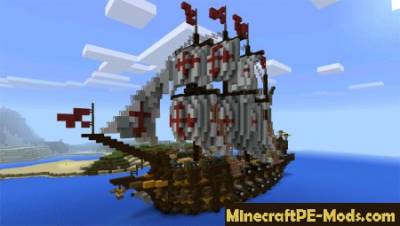