Many of You may have heard that the developers of Mojang — Minecraft PE began working on a new version of the game Minecraft: Pocket Edition 0.15.0. We already know about some of the upcoming innovations that the developers will try to implement in version 0.15.0 MCPE. About all the innovations we can find here!
Every day on the Twitter pages of different MCPE community, both foreign and Russian-speaking there is a lot of announcing innovations in the future version of the game — 0.15.0. Many of these so-called "fake" changes will not be in MCPE 0.15.0. For example: on one of the "official" community on future versions of MCPE appeared screenshots of the new biomes i.e. palm biome.

We don't argue, this biome can enter into MCPE, but not at this stage of development. Why on the "official" page about MCPE had such information? — Because one of the developers (won't specify which one) left on his page a tweet with the question: "what about new biomes?". As always, with some new questions creates answers, but in the network-the Internet is the answer.

— Someone with this screen can be "blown out of proportion" story that the developers have finally decided to add a new — "Palm biome" in Minecraft PE 0.15.0, someone like the announcement said that in future versions of Minecraft Pocket Edition will be palm biome (this may include our project, in part. We took under consideration this exclusive and exotic biome, but we don't so corny gave it to You. We look at things like "sober" look. I want to note that we are not approved in 0.15.0 will be this palm biome. 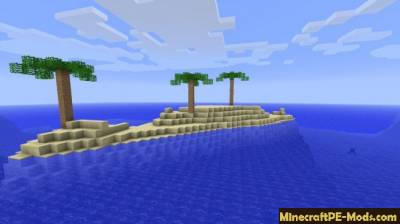 Now, friends — we are a bit away from the main. At the moment there are a few interesting facts for future innovations that the developers have already confirmed. For example, in 0.15.0 Thomas wants to introduce the possibility to conduct a dialogue with local villagers. It is possible in Minecraft PE 0.15.0 will have the opportunity to trade without mods!? As many people already know about the emergence of the pistons. 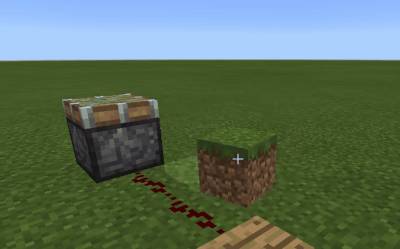 Now with 0.15.0 MCPE developers confirmed the deletion by selecting the animation of water, because the error is not allowed to implement it has been fixed. Honestly, I'm glad because while my device with active animation of the water were bugs drawing graphics.

Now before the release date version of Minecraft Pocket Edition 0.15.0! Guys, calm down! The release date at the moment, nobody knows! And on other Russian sites and communities such information you will not find!
The approximate period of the output MCPE 0.15.0 — may-June-July
| Tags: