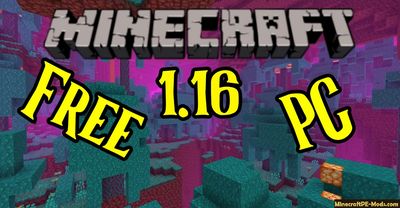 Minecraft v1.16.2 contains a huge number of features related to Nether Update. The updated Java Edition to 1.16 is available for download on the PC platforms and now players can go on a long journey to Nether World to learn more than 150 new features and hundreds of balance fixes.

Take all the necessary things with you and go explore more than 4 new biomes, meet local friendly and hostile mobs, find netherite ore, learn about new sources of food and water, get more precious resources from new random structures, and explore other features that await each player in Nether World.


The developers have released on PC more than 7 pre-releases and about 17 snapshots to test each innovation separately with the players and various possible interactions with default vanilla things, so you can be sure that the Java Edition works correctly. As you know, Nether Update received the highest number of votes in the competition for the next update, so it is possible that the 1.17 version may contain the Mountains Update. Mojang has prepared for players a full release of the game, which every fan should try to play.
Release date: July 1, 2020
Recent version: 1.16.2 Snapshot
Platforms: Windows 10, 8, 7, XP; MacOS; Linux. 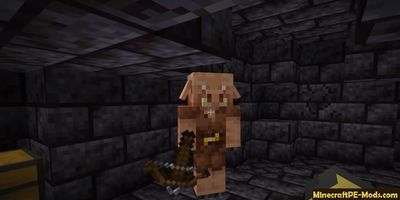 Piglin - this mob spawns only in the Crimson Forest biome of the Nether world and is very aggressive to the player, provided that the player does not wear gold armor. Even if you are dressed in gold armor, but opened their chest which contains any items made of gold or related to Piglins, you will be attacked. Their main feature is that despite their aggression, you can trade with them. To do this, throw a gold bar, and they will drop you a random rare item. Hoglin is a creature lives exclusively in Crimson Forest and has the feature of displaying aggression to the player. You can use this as a new food source, since there are no other food sources in Nether. Strider is a new friendly creature that will inhabit the Nether world. Its main feature is the ability to move through the lava without any problems without taking damage. You can meet it at the location of lava lakes. It has the feature to walk on lava and also it can be ridden. Netherite is a new material that will become the most durable and rare material in the game. This material is stronger than diamonds and any object made from them. Netherite can be mined with a diamond pick in Nether world, extracted from ancient debris. 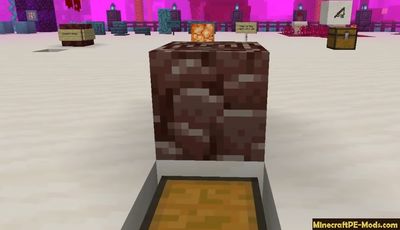 The main feature of netherite is that you can't make items from scratch, but you can use it to improve existing ones. Thus, by extracting and melting this material, you can improve your diamond armor. 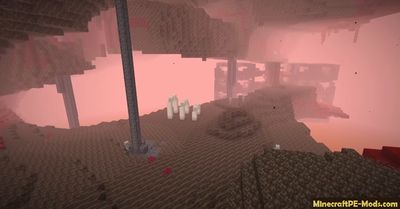 Soulsand Valley is an extensive biome that contains a large number of Soul Sand and Soul Soul, fossil blocks, and here you can see the blue fire.

Crimson Forest is a dense and impenetrable forest consisting entirely of red trees, mushrooms, and lianas. This is something like real hell. And also here you can find the settlements of Hoglins.

Warped Forest is another type of forest in NetherWorld. This has more blue shadows, fog, and fine particles.

In addition to new biomes, unusual structures such as bastions and new trees that look more like mushrooms will be generated on your way. The Respawn Anchor is a new block that allows players to create a rebirth point in the lower world. Now you don't have to build a new portal every time. Thanks to this block, you can set the place (like a checkpoint with a bed) in which you want to be reborn after death. 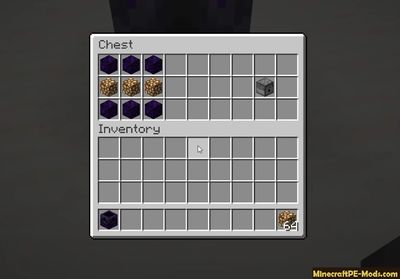