BloodPE mod — this modification adds a little blood effect for zombies and other creatures in the world of Minecraft PE. When you attack mobs and animals — on your screen will show blood sprite. Besides the effect of splashes of blood on the ground will still be puddles of blood, which do not disappear and remain forever.
Updated: modification compatible with 1.11 versions

Let's say you went on a night walk at night, you are surrounded by the crowd of zombies and the creeper. You, as an experienced player, will take my sword (I had diamond), and will "hack" of hostile mobs. Initially in the battle you may not notice the pools of blood that remain after the attacks of mobs, but if you go to the battlefield the morning, you will see the consequences of the battle. 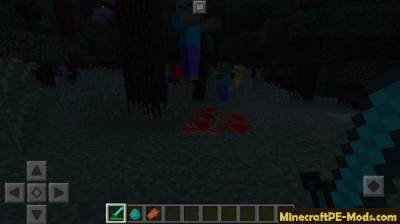 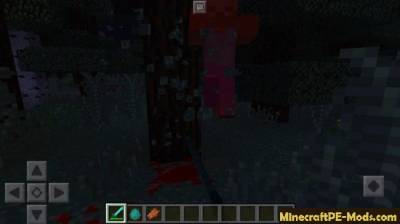 Each hit on the mob causing the blood spatter, which manifests itself in the form of particles. Then gradually the blood settles to the ground. 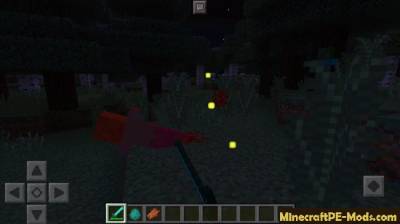 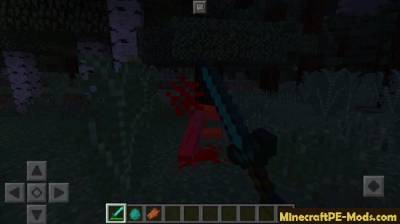 How to install BloodPE Mod?