Mob Capsule Super 2000 Mod adds the ability to create Spawner to generate different kinds of animals and monsters in the world of Minecraft PE. Also, you can lock in special capsules absolutely all the mobs and animals, and then restore (to free) them in any place convenient for You. So you can use them to create a neutral camp Spawner to spawn certain mobs.

Capsule for mobs:
To grab the mobs You need Mob Capsule. Pick up element: "Mob Capsule" — then hit them on the animal you want to catch and put in the capsule.
Mob Capsule (id - 2500) 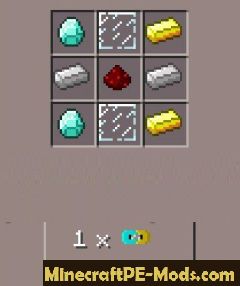 After this, the animal will disappear and Your inventory will be added another element. In our case we caught a sheep. Therefore, in the inventory added element: "Mob Capsule [Sheep]".

To free the animal from the capsule — the capsule hit "Mob Capsule [Sheep]" block of land, then the sheep will be released. This element can be used to create a neutral camp Spawner mobs.

Spawning mobs:
Spawning by default cannot be created in Minecraft: Pocket Edition. But using this simple mod, you can create a neutral camp Spawner to spawn different mobs.

To start the workbench, create a cell (spanner) to spawn mobs.
Spawner (id 52) 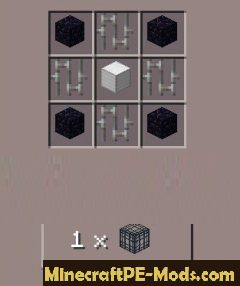 Then click on a neutral camp Spawner capsule in which you hold an animal or mob. Previously we have captured in the capsule of the sheep, so we will use the capsule "Capsule Mob [Sheep]".

And as you can see spawning of sheep and created a product of theirs in the world of MCPE developing well. Download mod.
Start BlockLauncher Pro.
Click on the Allen key.
Go to "ModPE Script".
Enable mods and click "Add".
Now you need to find the downloaded mod in the file system of your device and click on it.
Mod installed, we now install textures!

Download texture.
Start BlockLauncher Pro.
Click on the Allen key.
Go to Settings BL.
Enable textures.
Go to Texture pack and click Import.
Now you need to find the downloaded texture pack in the file system of your device and click on it.
Mod and texture installed, enjoy the game!
| Tags: