RedstoneCraft mod Mod for Minecraft PE will add the new crafting recipes, with the help of which you can create the pistons, jacking rails, Redstone blocks and more. You will need this information when building complex mechanisms with moving parts. This mod is an addition to the mod PocketPower and it is recommended to install a bundle, in other words that would reveal the potential of these mods they should be put together. Thanks to these mods in the game Minecraft Pocket Edition you will have more opportunities and now your imagination will limit the lack of the necessary elements and tools to Minecraft. 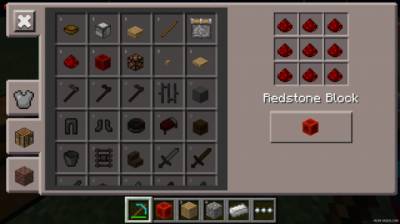 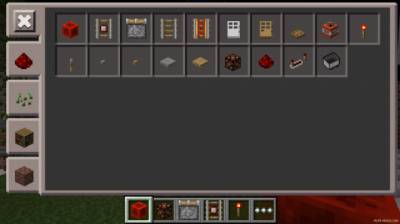 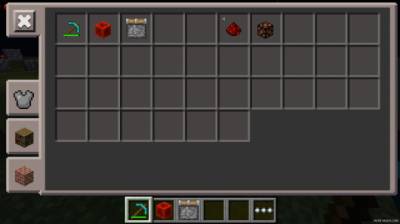 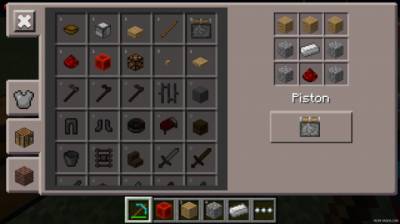