If you would like to turn into a mob and get his ability back then Morphing mod Advance will help you and you will have access to all the images of the mobs that are in Minecraft PE. To get the appearance of a mob, you first need to defeat him, then in a special menu to choose its appearance, as soon as you turn you will immediately see all of his abilities.

Another interesting feature of Advance Morphing mod for Minecraft PE is the ability to save all images and change them whenever you want. For example, if you need to cross the river, you may turn to chicken and fly it, and if you need to climb high, steep wall, then nobody better than cave spider for this task to be found.

How to use mod?

After you apply modifications in the game interface you will see a new button, it is in the lower left corner. Clicking on it will take you to menu mod where you can turn invisibility for hunting mobs and see the full list of available transformation options. Next, find the mob in which you want to turn and kill him. This is best done with enabled stealth that is present in this modification, because then you will not attack in response.

For example, let's become a Resident, to do this, take the egg spawn and encourage it, then we should just kill him and we will be able to turn into him. 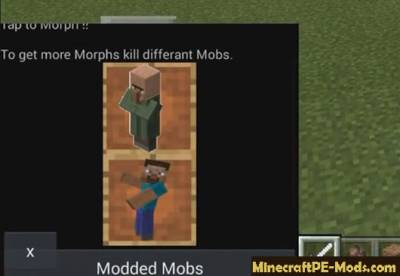 Now we already have one skin for transformations and let's try to turn into a more dangerous opponent, such as the creeper. Caused or find the creeper and kill him. Then turn into him and try to blow up something. 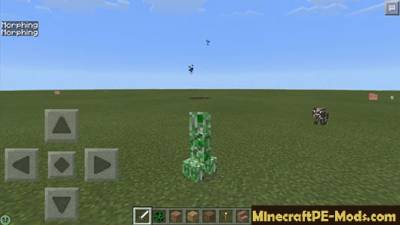 Now you can try to turn into a spider to get the ability to crawl on walls or cliffs. Thanks to this ability we no longer have to look for ways around or to think about how to climb on tallest building or building in Pocket Edition. 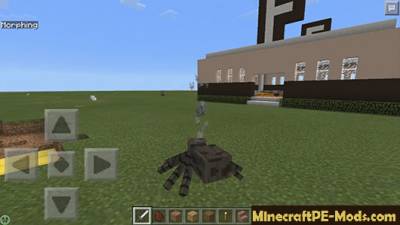 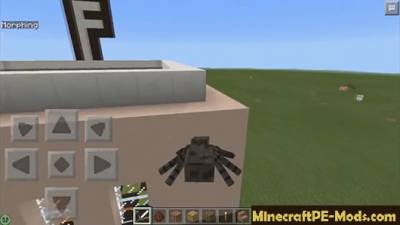 How to install mod Advance Morphing?: