If you are aware of the largest network of servers for Minecraft PE called Lifeboat Server Network and its Creator WilliamTDR then this mod you will love it. After installing the mod in the game all the inhabitants of the villages will change appearance and will look Creator of the largest network of servers for the pocket edition of Minecraft. The skin was created based on photos taken from Twitter and very accurately replicates the external features of Creator.

In the game, he will meet you as a character not a great rust and slim build, but don't underestimate him. If you hit him, he will not be satisfied and will write about this in chat, but if you angered him greatly may blow you up. 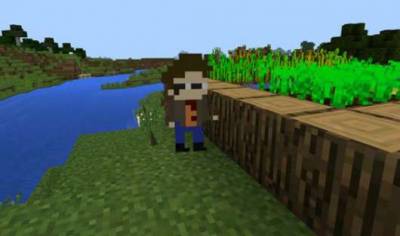 WilliamTDR mod adds to the game Pocket Edition more diversity and new faces, which is so often lacking. In addition, now residents of villages which received a new look much more interesting to watch.

How to install mod WilliamTDR?:

Which of the updates did you like the most?
Results | Polls archive
Total of answers: 2057
| Tags: