To create addon who called Powers of Naruto authors inspired by the Japanese ninja anime called Naruto. If you are a fan of his and play Minecraft PE, then this is what you need.


After installing the mod, in Minecraft PE you will see the three new mob, the creeper and Ifrit – will disappear. Another feature: new creatures have a limited period of existence, that is, disappear after a certain period of time. 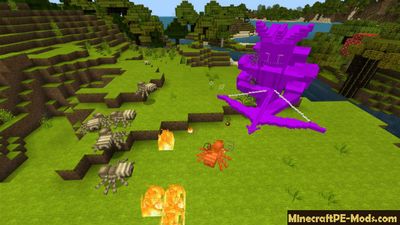 To spawn them you need to drop a certain item. The principle is the same as pokeball.
| Tags: