If you want to catch mob in Minecraft PE then you better mod than Monster Egg you will not find. Mod allows using regular eggs, to turn into any mob in the egg appeal. This mod is useful to you, if your home is not a desirable mod, and to fight him you have neither the time nor the desire or when you have low health, and the house far.

To start, you will need to get hold of some normal eggs, preferably not less than 10, and then to choose the right mob or animal. 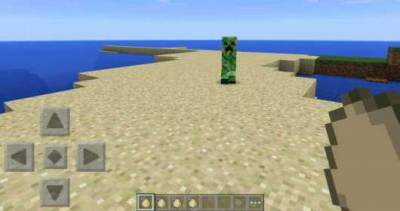 Pick up the egg and start to throw them at the monster until, until he will disappear and in its place will be an egg of call.

As you can see the mod fishing for the monsters in Minecraft PE very easy and does not require you to craft any special tools and you can easily catch any monster or animal and then use for their own purposes.

Captured monsters can be used as a weapon, inciting them on your enemies, and trapped animals can be transferred by you at your farm or enclosure in the zoo that you build for them.
How to install mod Monster Egg catch?: