Herobrine is not a real game character. About him talk a lot, but in reality it is only a myth. But to realize the myth in life is not so difficult if you have the Herobrine mod for Minecraft PE. They all have their own specific features. Mod contains several abilities that can be called by the Herobrine to kill you, it's: How to kill Herobrine?


Once this creature is spawn in your world (Usually after rain with thunder) you must survive the meteor shower - this is the first wave of attack of this powerful mythical mob. Next, you have to fight with his messengers of horror and minions, such as Wither Skeleton, kill them to move on to the last step to destroy the Herobrine. 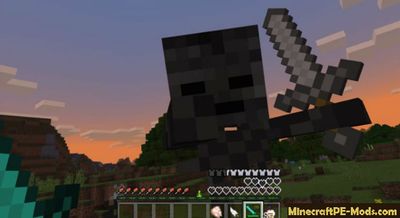 At the last stage, the Herobrine will haunt you and appear behind you to hit. You will have only a fraction of seconds to strike a few blows. This cycle can last a very long time and so you have to wear strong armor to fight with the Herobrine.