Doctor Who mod for the game Minecraft PE will allow you to get a time machine - the TARDIS with the help of which you can change the rate of flow of time and to switch between time of day. In addition you will be available and other items owned by the main character of the series Doctor Who.

To get their hands on a time machine the TARDIS, you will need 6 blocks of blue and 3 of the processor of the Daleks.To get the processors, you will have to kill the evil and dangerous the Daleks, which will appear around the world. After you build a TARDIS once inside you will see several panels. Which will allow you to get the ability to control time or to switch between day and night.

One of the panels allows you to change the speed of the game. Clicking on the blocks F, S, or N, you will significantly speed up or slow down the rate of flow of time.
- F = Fast
- S = Slow
- N = Normal With the second panel you can switch between day and night.
- Light unit = day
Dark = night 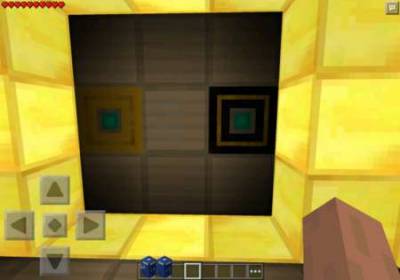 The third panel looks like a normal chest, but actually it's not that simple. Put any block into a chest, then leave the TARDIS, break it and pick up.

Place the TARDIS in a different location, log in and look in the trunk. You will find there the same items that are previously put in the chest. 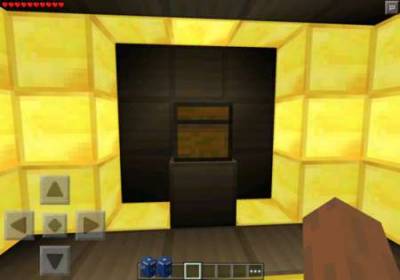 To leave the TARDIS, click on the block located on the floor, in the heart of the time machine. In addition you will be available a Sonic Screwdriver is a very powerful tool through which you can instantly dismantle any blocks. That would craft it you'll need a six blocks of iron and three processor of the Daleks.