If you like to fight and manga, then mod Attack on Titan Attack the Titans in Minecraft PE will give you the opportunity to fight with a strong opponent, and will inhabit the world of huge titans. After installing the mod the game will start to appear huge, hostile giants, with whom you will have to fight and defeat their otherwise inevitable death. In mod as you will be available a new collection of very useful tools that will give you new opportunities and use them to defeat the titans will be much easier.

You can meet anywhere in the world, as they appear completely randomly, or with eggs appeals. Each of these titans will have 200 lives and hearts of each of them will be a very dangerous opponent. Before you engage them in battle, you going to have to prepare and wear your strongest armor. 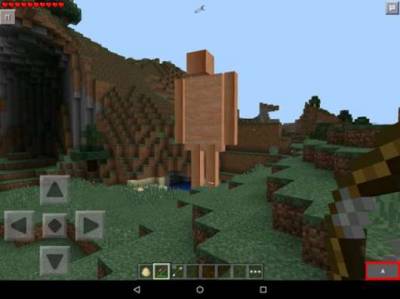 That would defeat the Titan you need to shoot him in the leg is the most vulnerable spot, all the rest of the body is covered with titans very hard armor that you cannot penetrate anything.

The Blade Is Titanium

This is a unique blade that can only be obtained by downloading and installing the mod Attack on Titan for Minecraft PE that would be to craft it you will need to defeat 2 titans and get some pieces of flesh, all you will need 6 pieces of flesh. Once you have the right amount of flesh, get 2 diamond and 1 iron ingot, then you can scarfit Blade of the Titans. With this blade, it will be easy to kill every Titan after you beat them, it will detonate causing a huge amount of damage.

This device will allow you to teleport in Pocket Edition and shooting arrows, to do this tap on the ground, then this place will be the blue ball and instantly starts moving. Once the ball stops, the player will be instantly teleported to that location. 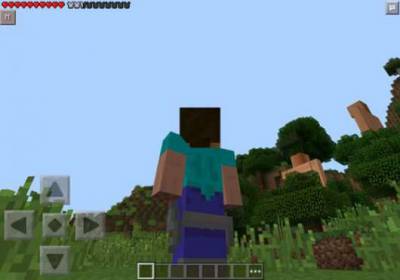 That would begin to shoot arrows, you need to press the "A" button which will appear in the right lower corner of the screen and they can be very easy to defeat any Titan.

How to install mod Attack on Titan?: