If van likes to fight other players, then Minecraft PE PVP map-the map of Knights against Bandits you will like it. You have to split into 2 teams of 2 people. The first team the Knights who appear in the castle and serve as its guards designed to protect the castle at all costs. The second team is the Bandits, their task will be to defeat the defenders, capture the castle and blow it up.

The card is not very vast, but it has many secret passages and rooms, which will successfully hide or evade defenders and gain an advantage. Tasks
After you appear you will be divided into 2 teams in different rooms. The first command will appear in the castle and become his protectors, the purpose of which will protect him from attack and not to allow the second team to reach the block of dynamite and destroy it. The second command (Bandits) will be in another room and its purpose will be to get into the castle avoiding contact with defenders using the many secret rooms and passages and destroy a block of dynamite, thereby exploding castle. 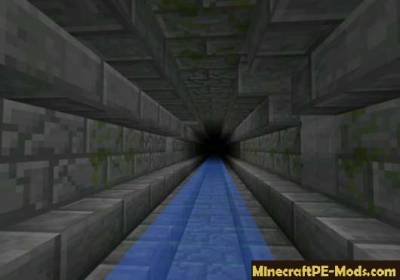 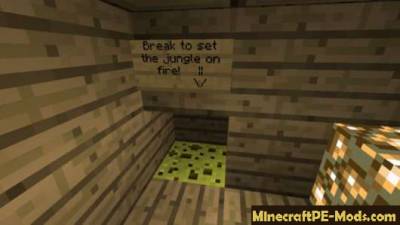 After the enemy team will be able to get into the castle and destroy the main block of dynamite, it activates other units that are above the castle, after which they will fall