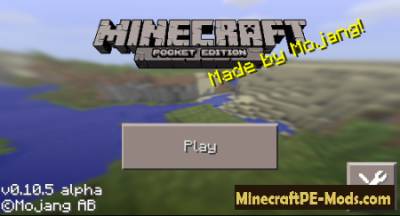 Minecraft - Pocket Edition 0.10.5 - new version of the game from 12.01.2014, which was released without any warnings. This version surprised me a bit and I think you as well, the developers didn't even mention this version in their tweets.

In this version, you probably won't see any visual changes, maybe in this version was the correction of errors and bugs in the game. The developers have not published a changelog in the new version, so we do not know that it is new.