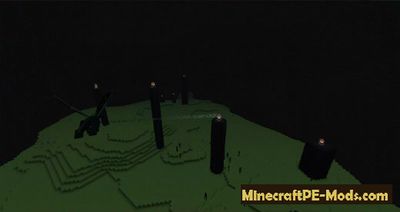 And so, friends! Recently, in light of the release of the full game — Minecraft Pocket Edition 0.15.4. Finally in update "Update Friendly" — the name of the update received version of Minecraft PE 0.15.x, added in full all "content" associated with a red stone (mechanisms). Also in addition, this version added horses and more — On all changes 0.15

What we all are!? And we already have some information about the next update of the game, namely on Minecraft PE 0.16.0! At the moment, to download Minecraft PE 0.16.0 impossible because the release of this version has not yet taken place. At the moment future update MCPE 0.16.0 labeled a future update, but as usual, we already know something about future innovations in Minecraft 0.16.0.

Well, are you ready to find out what was prepared for us developers "MCPE" company "Mojang"!?

— The first confirmed the information stated by the developers about future update to MCPE — introduction of underwater fortresses. This innovation was confirmed by Thomas!

Now in the depths of the oceans in the world of Minecraft Pocket Edition you will meet underwater fortress and guards who will guard the fortresses. More information about the FORTS in MCPE very soon.. — The next update that we will observe in Minecraft Pocket Edition 0.16.0 — new settings menu. This screenshot shared Thomas on his page on Twitter. Agree, the menu looks pretty cool, and much easier current. An update menu rising development benchmark MCPE because this menu is already more adapted to the PC version of Minecraft! — There are rumors that Minecraft Pocket Edition 0.16.0 want to introduce a new type of villages but very unusual. As we know, hell we can meet only a huge fortress. Think many would like more variety of survival in hell, and on this occasion we have for you some information.

On the Internet there are rumors that developers want to add the generation of the villages in hell. The village will look like in the real world, but with a few changes. For example a farm that is located in the village will have no carrots, etc., and a hell of a build-up, and generation of homes will be a little changed. — MCPE 0.16.0 maybe it will be background music and not only. In the screenshot below you can see under the records for listening to music and the music block. Perhaps this shadow we will be able to enjoy background music while playing your favorite game — Minecraft: Pocket Edition!

— Also with the advent of background music, a music block and plates for playing music — there will be a possibility of extraction of the plates, killing the creeper with a skeletons arrow like on the PC version of the game. — In one of the foreign sources have reported that may in Minecraft 0.16.0 will appear to stand for the armor on the PC version of the game. All of this information is not obtained from official sources, and information pages on MCPE 0.16.0 foreign, Western sites.

All information has been thoroughly inspected, so expect a line for armor. It would be very cool, and also convenient! 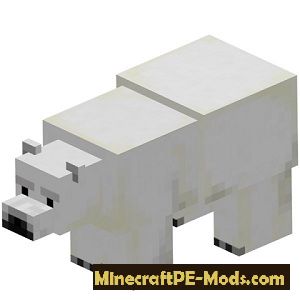 Yes, this is a brand new mob that will spawn only in winter biomes. While it is little known, but very soon, we will give full information about this mob. Colored glass is needed just for decoration of your beautiful constructions. Also, the unit painted glass can be put on a working lighthouse, so You change the color of the beam. To create stained glass, as well as colored wool. For this You will need blocks of glass, colorants of the desired color and of course the workbench.

That's all for now! If you want to continue the list of new features in Minecraft PE 0.16.0, then write about it in the comments below. We have something to make you happy! More reviews, more information about 0.16.0!
Changelog 0.16.1: